By sunrise I was well on the way to the Bass Coast region in south east Victoria. The plan was to ride the Bass Coast Rail Trail (BCRT) and as much as I could of the Great Southern Rail Trail (GSRT). On the way I saw a flag flapping frantically in the wind indicating that the wind was a strong westerly / southwesterly, and so I decided that I would start the BCRT ride at Wonthaggi and ride into the wind to Anderson, then in theory I should have a tail wind all the way back to the car. I arrived at Wonthaggi and quickly prepared the bike, and started riding. It was fairly tough riding into the strong wind, but at least until Kilcunda it was fairly flat. 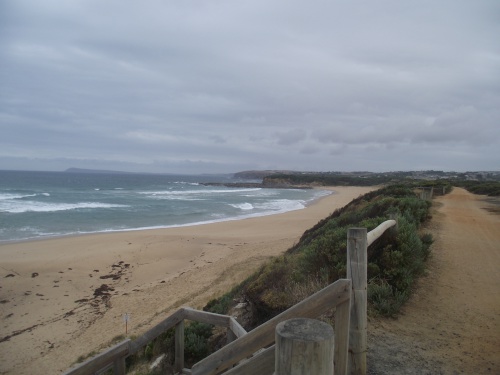 View from rail trail near Kilcunda

From Kilcunda it was a fairly steady climb to Anderson. The information I had read said that the Wonthaggi to Anderson ride was 13km, but the signage and my GPS tracker both indicated it was more like 17km. So instead of doing a 26km ride, it was more like 34km. But those are the breaks. I was able to ride it ok.

From Wonthaggi I drove to Foster and set up camp in the caravan park there, and then after some lunch I rode the Foster – Buffalo section of the GSRT. The two trails I rode today were a real contrast – the BCRT was mostly flat and there were plenty of views across the farmland to the hills to the north and sand dunes to the south; the GSRT section I rode today was mostly like riding in various types of forests with very little views of the surrounding scenery and was constantly going up or down hill. Not that I minded the contrast. The GSRT was as wide or wider than a single lane road in some places, and I enjoyed the challenge of getting up and over the next hill (of which there were plenty). I took a break at Buffalo and purchased a fruit juice, after flagging down a passer by to ask them where the shopkeeper was and him arriving at the shop a few minutes later. Friendly bloke he was. But obviously engaged in other pursuits as well as running the shop.

Buffalo is a very small settlement with a general store and a few other buildings. Fish Creek is the average small Australian village, with a number of small shops in the main street, a railway station with no rails (the station platform was being used for a vegetable garden – a novel idea), a church, and I am sure I spotted a ‘pub’ somewhere too. Apart from Foster they were the only other towns I encountered on the GSRT today. 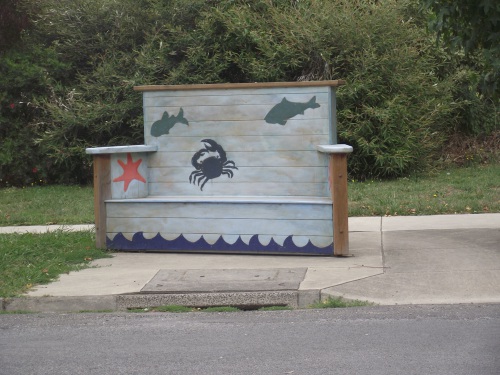 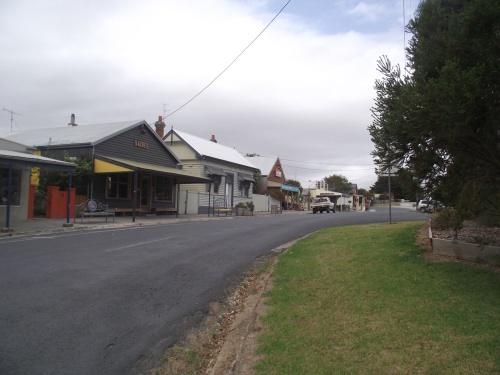 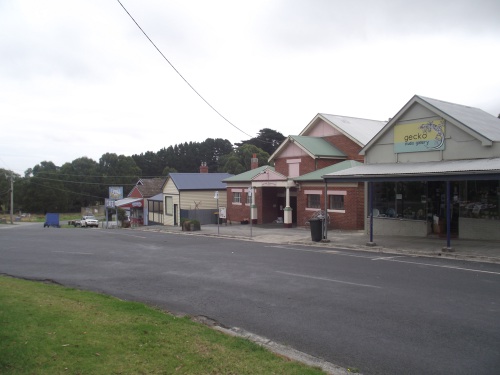 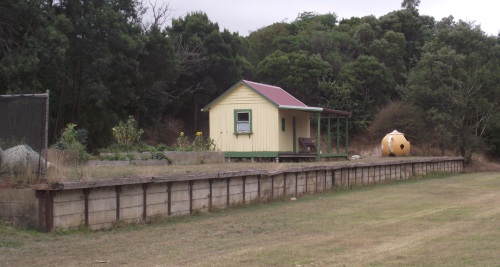 As I am writing this on limited internet and Netbook battery, I will leave it at that for today.

For GPS data for this ride, try these:

2 thoughts on “The Bass Coast”