The Greek historian, Xenophon, describes a conversation between Lysander and Cyrus, the ruler of Persia in 407BC: 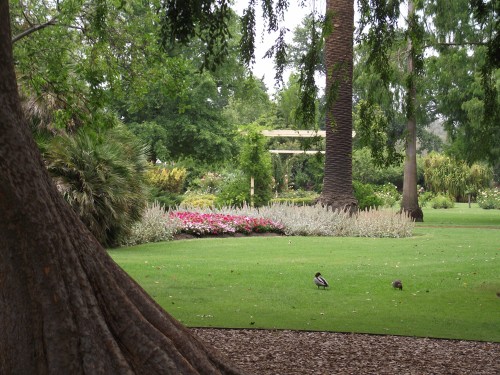 The botanical gardens built by the Persians gave rise to the word Paradise, which originally simply meant “park” in Persian. This meaning carried through right through Roman times. The Greek ambassador Megasthenes described with some awe the parks that surrounded palace of the Indian king Chandragupta Maurya, around 300BC:

A few hundred years before the Paradise of Sardis and the gardens of king Chandragupta Maurya there were the famed Hanging Gardens of Babylon. Botanical collections, the precursor to botanical gardens, were in existence from as early as the 12 century BC. The Christian idea of the eternal paradise of the blessed is to some degree influenced by the idea of the beautiful gardens of ancient times. Often the Christian idea of paradise looks remarkably like a well looked-after botanical garden. The fact that there are so many botanical gardens throughout the world in diverse cultures seems to me to suggest that the human race has an built-in desire to have places of Paradise where they can experience the wonders of the natural world, and experience true peace. 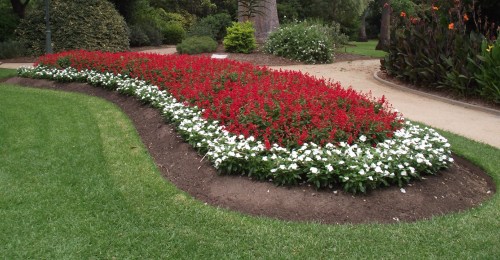 The first recorded Sabbath is recorded in the book of Genesis, and it takes place in a garden – the famed Garden of Eden. Exactly where this garden was located is not known, although 2 of the 4 rivers mentioned in the description of the garden are clearly in the Middle East, so it seems that would be the approximate region where it was located.  Sabbath just gone we spent part of it in the Albury Botanic Gardens, and that got me to thinking about gardens in general, and our desire to experience them.

The Albury Botanic Gardens, photos of which appear in this post, were established in 1877. Over 4 hectares (10 acres) in size, it features over 1000 native and exotic species. The garden is somewhat sheltered from the cold and hot westerly and north westerly winds which are so common in the region. This, and it’s location on the flood plains of the Murray River, have helped in the establishment of species that are normally found in more tropical areas such as northern New South Wales and Queensland. 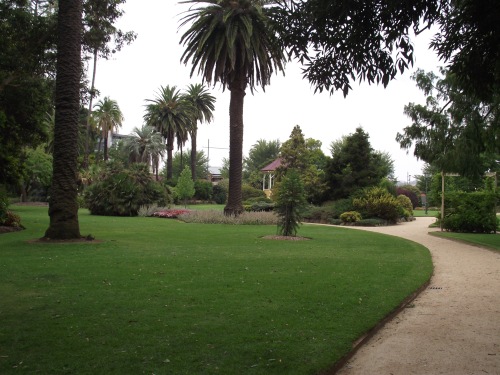 The gardens of today are part of what was once a 20 hectare (50 acres) allocation of land, most of which has since been transformed into other types of parkland and sporting fields. The botanical gardens were originally laid out in straight paths and rows of various types of trees, somewhat reminiscent of the Paradise of Sardis mentioned earlier in this post. In 1901 a new curator, Mr J.E.R. Fellowes, was appointed who remained Curator for 36 years. During his time as curator the gardens were transformed from having straight paths and flower beds to more rounded / curved elements which gave the park a softer, more natural, less formal appearance. Also during that time shrubberies, borders for annuals, and collections of Australian rainforest trees, exotic trees and palms were established. 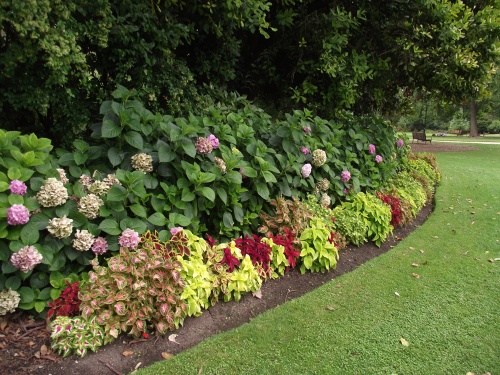 While some changes have taken place since, the layout is basically the same as it was during Mr Fellowes time.

So back to the question in the title of this post. “Is it a park or is it paradise?”. The answer should be “both”. In any case, to the Persians, Greeks, Romans and Christians of the ancient world it means the same thing!

In the ‘land down under’ the Summer season is often seen a season of heat – dry or humid, punctuated with thunder storms and the occasional cold front, a season where the grass withers away, and the heat waves shimmy across the horizon distorting objects in the distance.

But this Summer has been strange, at least for us. Maybe it’s location in which we live, and the fact that we have only lived where we have for about 4 months, or maybe the events we are experiencing are unseasonal.

Over the last week we have had a problem with tiny ‘gnat’  like creatures, which my wife calls ‘midgeys’. They seem to be able to get through the insect screen on our doors and windows, and the congregate in huge swarms around sources of light. So we have been turning most of the lights off during the evening to try and discourage them from infesting the house, with some success – the TV attracts a few when it is one of the few lights in the house, but not too many.

I tried to get a decent photo of them a few nights ago, but as soon as I stepped out of the door they swarmed around me to such an extent that I thought it best to retreat back into the house. Taking a photo of them through the glass door didn;t realy work, but maybe it gives some idea of the extent of the problem… 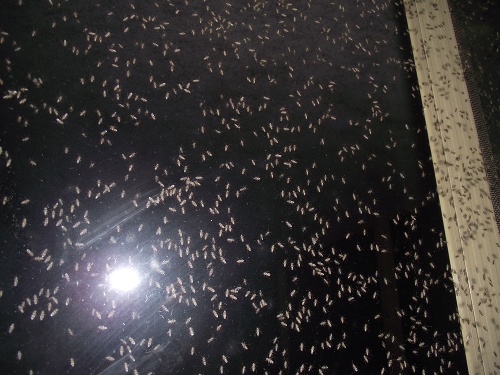 Then there was the thunderstorms – some pretty awesome lightning strikes, and some not far away too. Some were so loud our teenage son decided it was better to be around other people rather than in his own room by himself (and he spends a lot of time in his room by himself). With my camera it is nigh impossible to get a good shot of the lightning, but the frequency and intensity of lightning we have been observing is something almost unmatched in my experience. A few nights ago, we had such a thunderstorm, and then not long after there was a huge localised dust cloud to the east of us. It was roughly where a lightning strike hit a few minutes before, but I am not sure that the lightning would have caused the dust cloud. 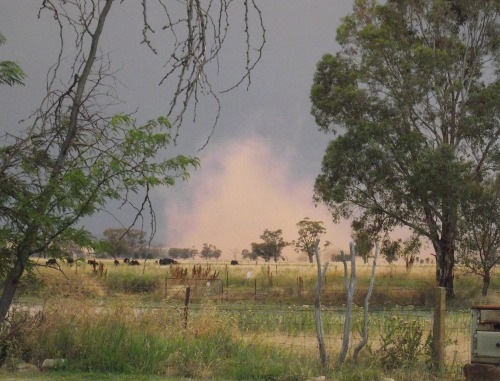 The wind also has been quite different to what we are familiar with. Maybe it’s because we live on a very flat area, but I have notice that the wind literally roars past us at time. Last night the wind was particularly strong. I opened the door to try and see what was happening outside and the door (a big heavy sliding glass door) was almost blown out of it’s runners. it was a battle to close the door again. In our backyard we had a big-ish dead tree, which was causing us some concern as it looked like the roots were rotten and the tree itself seemed to be developing a lean. Well, we don’t have to worry about that tree anymore… 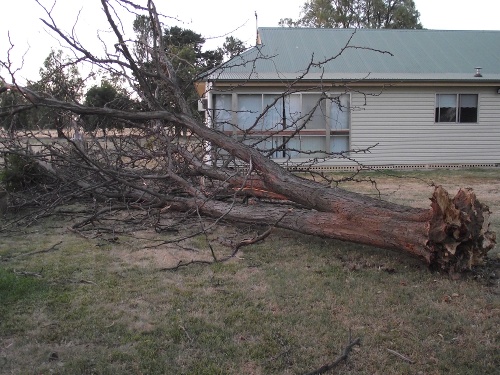 The interesting thing about this is that the tree fell towards the south east, but the wind was coming from the north east. Logically, the tree should have fallen towards the south west, right into the kitchen wall. As it was, there was not damage to the house at all! An unseen hand seemed to be guiding the tree away from the house when it fell.